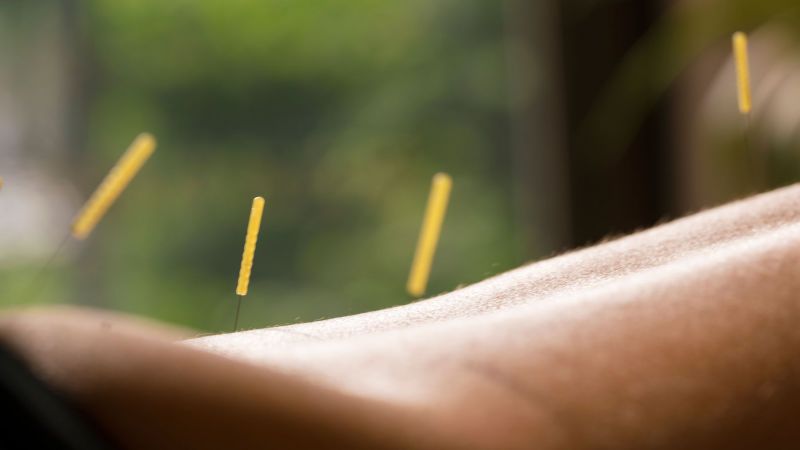 According to traditional Chinese philosophy, health is dependent on the body’s motivating energy (known as Qi). Qi governs all essential life activities, spiritual, emotional and mental, as well as physical.

If the flow of Qi is insufficient, unbalanced or interrupted, illness may occur.

This flow can be disturbed by a number of conditions; these might include emotional factors, physical causes, such as poor posture or trauma, dietary problems, infectious disease, or climate and weather conditions. Qi travels throughout the body along “meridians”, or channels.

Needles are inserted into points on these channels in order to correct the flow of Qi and promote the body’s own healing response.

In modern biomedical terms acupuncture points are believed to stimulate the central nervous system. This, in turn, releases chemicals into the muscles, spinal cord, and brain. These biochemical changes may stimulate the body's natural healing abilities and promote physical and emotional well-being.

Most people’s experience of needles is of those used in injections and blood tests. Acupuncture needles bear little resemblance to these. They are much finer, and are solid rather than hollow. This makes acupuncture much less painful than may have been experienced during an injection.

Needles are then left in place for around twenty minutes, during and after which many report a feeling of relaxation and well-being. Most people feel nothing more than a dull ache or tingling sensation when the needles are inserted.

In 2003 The World Health Organisation (WHO) published an official report listing over 30 conditions that have been shown in Clinical trials to be treated, or managed by acupuncture. These include:

Much research has also been done on the role that acupuncture might play in supporting fertility and improving conception rates in IVF.